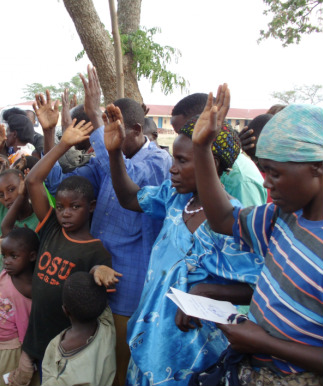 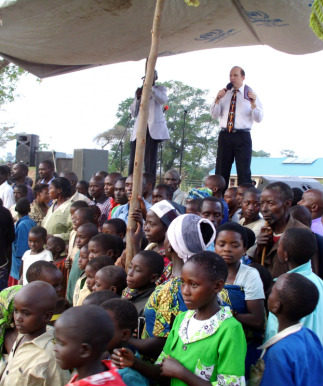 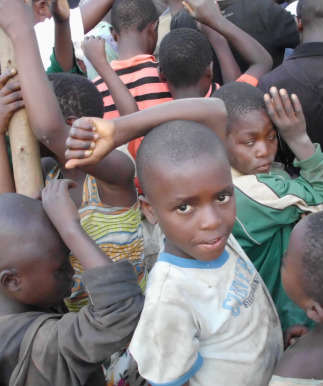 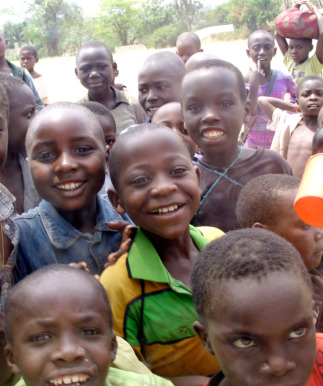 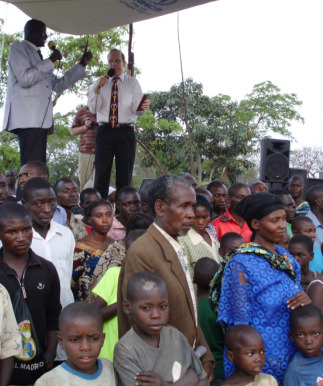 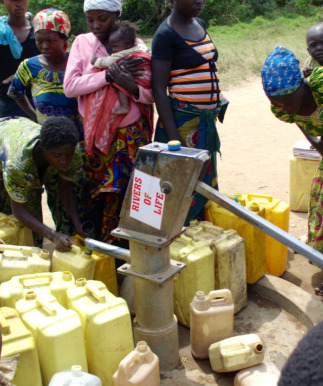 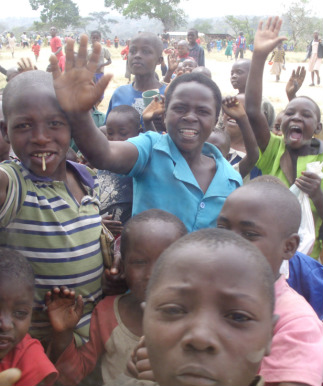 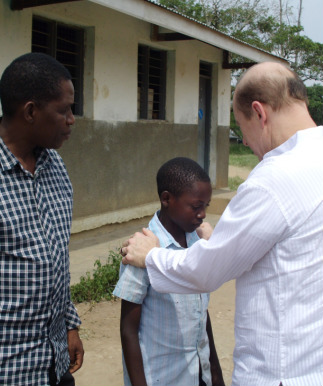 Once again, we had another powerful trip over seas! We saw God move mightily as we traveled about Uganda proclaiming the Gospel of the kingdom. Most assuredly Jesus saved, healed, and delivered His people in a mighty way, and the body of Christ was built up and edified through the teaching and preaching of the Word of God. God restored eyesight, hearing, made the lame to walk normal again, and healed all types of sickness and disease. We have estimated that right around 1,000 people gave their lives to Jesus Christ and that hundreds were healed and set free from demonic oppression. God showed us great favor in opening the door for us to be able to do a crusade in the Rumwanja refugee camp. We were told that we are the first ministry every allowed to hold a gospel crusade in a refugee camp in that nation. While there are many stories and highlights to tell, we will focus on just a few for the sake of the length of this report.

There are three specific testimonies from the crusade in Rumwanja that I will share from the abundant amount of testimonies that were given. The first is one man that had malaria, and was passing by the crusade and decided to stop for the service. He was miraculously healed at the crusade, but what was really amazing was that he had three children at home in bed with malaria and a high fever and when he got home, his children were healed as well, and their fevers were gone.

The second testimony is about a former pastor that God had used powerfully in his previous days, but had become backslidden and was no longer serving God and had even fallen into the bondage of alcoholism. He responded to the alter call to return to Christ with clear heart-felt repentance and tears. When we prayed for the sick, he was instantly healed of sickness in his body and set free from the alcohol addiction. He asked us to pray with him that God would restore him and use him again in the power of the Spirit and as a pastor. His sincerity was clear and as I prayed with him, he prayed far beyond the words that I told him to repeat from his heart after me. Now the kingdom of darkness has a new foe in the refugee camp.

The third testimony is the fact that God answers specific prayer in a specific way. I had asked everybody to pray that God would save, heal, and deliver every person within the sound of my voice (which travels much farther that just the crusade area) that needed these things. We received word back from the pastor of a small new church work (that we were able to help establish and promote through the crusade) that there were people that were saved and healed in their homes as they heard the Good News being proclaimed through our speaker system. They just stopped what they were doing, listened to the message and received the benefits of what was being preached. We don't even know how many in total there may have been, but we received numerous verified reports and testimonies about it. Praise God!

God continued to do powerful things in every place that we ministered. In one place, there was such a powerful healing anointing that we again saw the scripture fulfilled where it declares "...and He healed them all." (Matt. 12:15) Most were healed just as the word was being preached. We serve an amazing and awesome God and count it to be a great privilege to be able to serve Him in this time of accelerated harvest. This is one of the many powerful trips with incredible testimonies about the awesome power of God that we have experienced.